The Woodlands Sales by Villages & Subdivisions

If you are browsing with mobile smartphone, rotate for better experience.

Why use Median Price for measure ?

The advantage of the median as a measure of central tendency is that it is not adversely influenced by extreme values. Conversely, the disadvantage of average prices (and all averages) is that they can be influenced by extreme values, which can lead to major distortions that bias data interpretation.
Let’s take as an example, an area in which property prices typically sell in the $250,000 to $300,000 range. A property that is not representative of the area sells for $2,000,000.
This transaction pulls the average higher and results in an over-estimate of price growth in the area. The median price is not influenced by this $2,000,000 transaction. It thereby provides a truer reflection of the market in terms of prices and growth between two periods.

Trend by Month to Month 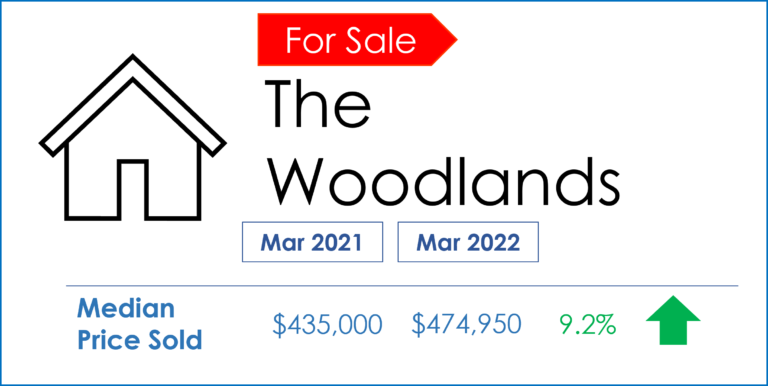 Mar - 2022 Status by Village or Subdivision

The information contained, and the opinions expressed, in this article are not intended to be construed as investment advice. The Grijalva Group, LLC. does not guarantee or warrant the accuracy or completeness of the information or opinions contained herein. Nothing herein should be construed as investment advice. You should always conduct your own research and due diligence and obtain professional advice before making any investment decision. The Grijalva Group LLC. will not be liable for any loss or damage caused by your reliance on the information or opinions contained herein.

Owning a home is a keystone of wealth… both financial affluence and emotional security.

Please confirm deletion. There is no undo!